Fuzzploid is the fuzz pedal for the 21st century.

The Fuzzploid algorithm is a new design, neither borrowing from existing 3rd party software code nor modelling any particular hardware circuitry.
It was developed with the resulting sound in mind, by trial and error, and finally, success.

Its character is brash, brutal, in-your-face.
Fuzzploid can do clean, but it definitely excels in dirty.

Fuzzploid was developed as an offshoot and preview of a more involved product that is still in development and will be released somewhat later this year.

Like Fuzzploid, that upcoming product will feature classic overdrive, distortion and fuzz, but will have some additional features.

I developed Fuzzploid as a birthday present for guitarist and faithful plugin test pilot Dom McSweeney.
Because Dom likes fuzz with his morning coffee more than almost anything. 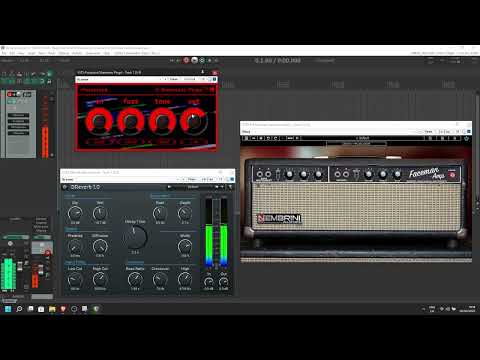